From old wives tales to home crafted traditional concoctions, many have come up with a variety of skin care treatments that have been effective and not, but nowadays, one can be sure about the efficacy of modern approaches to skin wrinkle treatment.

If one can say that modern-day skin wrinkle treatments are very expensive, think again.

Today’s modern technology not only gives focus to how it can make breakthroughs effective, but also to make it more affordable so that it would be marketable and appeal to the public.

Lasers, one of humankind’s breakthroughs in light amplification that has found a lot of uses and sometimes unthinkably and as we may not know it, have important uses in our day to day life.

For quite some time now, lasers have also carved a niche in skin wrinkle treatment and there are several laser-related processes that helps in combating wrinkles.

One of the most common uses of the laser treatment for wrinkles is laser resurfacing, where physicians use instruments such as carbon dioxide and erbium lasers.

This is a somewhat similar process as dermabrasion, where a treating physician uses a rotary instrument to ‘sand’ the skin to achieve a certain smoothness, the only difference is that laser technology is employed to facilitate the treatment process.

The edge of laser resurfacing over dermabrasion, however, is that it has a greater reliability, precision and less risk.

In this process, the laser is passed several times over the skin area to be treated until the peeling reaches the middle of the dermis – the second layer of the skin, which helps stimulate the body’s natural collagen synthesis, causing the sagging skin and wrinkles to plump up and make it appear firmer and smoother.

Some medical practitioners perform laser resurfacing under conscious sedation, where a patient remains awake and receives intravenous medicines to ease and calm the pain.

This is also combined with the application of topical anesthetic creams or injectable anesthetics like lidocaine.

The procedure may be repeated several times to achieve desired results, however, there is still the risk of causing permanent color change or scarring.

Another newer laser treatment procedure is fractional resurfacing, where newer and enhanced laser apparatus work through a modification of traditional laser resurfacing.

This form of treatment does not affect the whole skin but instead only evenly on evenly spaced spots surrounded by undamaged skin.

With fractional resurfacing, healing is much faster than the traditional laser resurfacing treatment but with less downtime as a result.

As with other laser treatments, several treatment sessions are needed to achieve desired results.

There is also another laser treatment called non-ablative laser resurfacing where modified and intensified lasers stimulate collagen synthesis under the skin without peeling or damaging the epidermis.

All the same, several treatment sessions are also required to achieve significant results and the procedures are almost painless with little or no redness, downtime or peeling after the laser treatments.

Another process that involved heat and light is heat and radio frequency treatment is another variation of non invasive facial rejuvenation is by heating the skin tissue using radio frequency-inducing devices and infrared light sources.

As of today, techniques are still being developed to better improve the treatment process, but most, if not all results, have actually yielded positive effects and have been described to be safe, as well as produce a significant and lasting improvements, though not as much as surgical techniques like facelifts and plastic surgery.

All the same, as long as there is the desire to look for better alternatives and processes to counter the effects of wrinkles, all these modern approaches to skin wrinkle treatment will continue to produce more happy people in the days to come.

Take Care Of Your Skin Better With These Tips 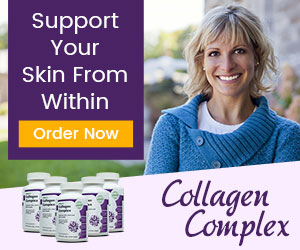